This article was first published in The Bakersfield Californian. 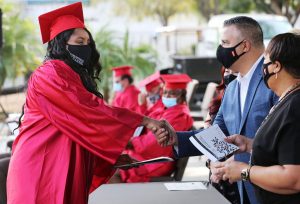 As she watched the graduates accept their certificates of achievement Friday morning, Robin Robinson had difficulty holding back her emotions.

That was understandable for Robinson, who played a critical role in helping the class overcome more than its fair share of obstacles to simply be in attendance.

Clearly, this was not your typical graduation ceremony.

Struggles with homelessness, drug addiction, suicidal thoughts, mental instability … hidden beneath bright red caps and gowns, many of the 14 graduates has experienced some if not all of the above — something Robinson learned firsthand with her own battles living on the street more than 30 years ago.

Now Robinson, who serves as community development and church engagement director of CityServe Network for Kern County has an opportunity to help others, the same way she received assistance from church members several years ago. 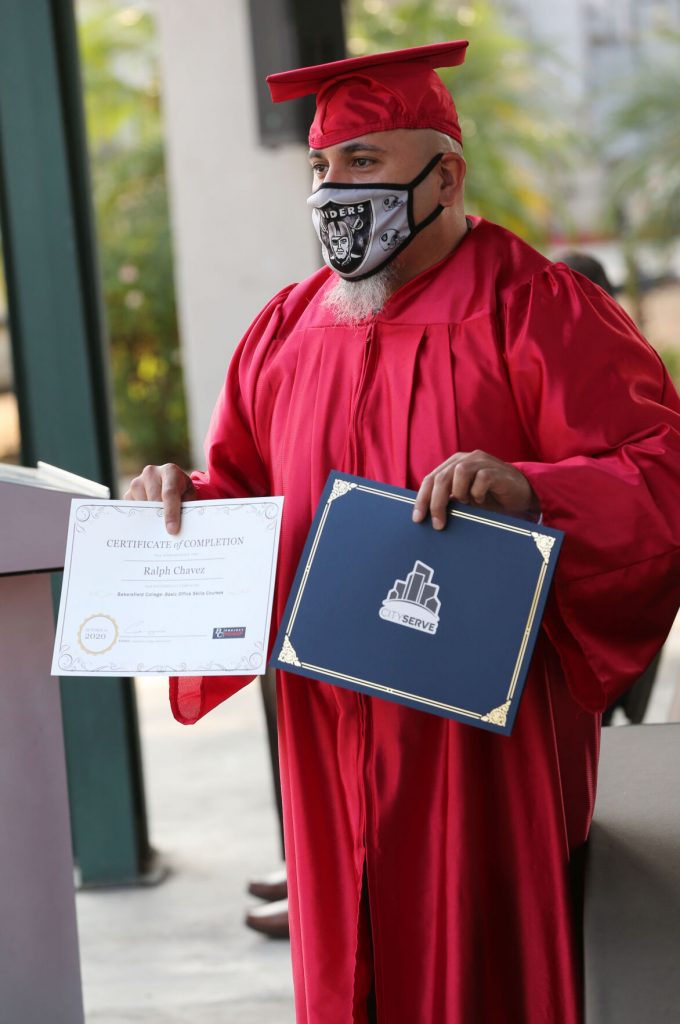 As part of the CityServe Educational Collaborative and Bakersfield College, along with collaborative partners, 14 students were awarded certificates of achievement after completing an accredited six-week course on basic office skills as part of Project HireUp – Homeless to a Job. The group also received life skills training as part of a wrap-around program provided by CityServe.

“Somebody came alongside me and if they hadn’t, as a drug addict at 26, I would not have the ability to do anything,” Robinson said. “Somebody stayed in the game with me. So we whole-heartedly believe that people need to be working alongside these folks. And just helping them navigate through the brokenness and into a future of hope. And man, we’re seeing it. It’s just unbelievable.”

The small outdoor ceremony was held in Fellowship Park, on the grounds of The Mission at Kern County. It recognized 10 residents from The Mission and four from the M Street Navigation Center.

It was the culmination of six weeks of studies, typically four to five days a week at the CityServe Collaborative Educational Center, which allows the students to attend virtual class lessons through Zoom. The program also paid for new outfits for the graduates and supplied them with caps and gowns.

“It’s powerful,” said Robinson, fighting back tears. “It’s just a powerful transformation. And this is what we’re after. We’re not after band-aids, man. We want to see people step out of this place and be able to live their life with a purpose.” 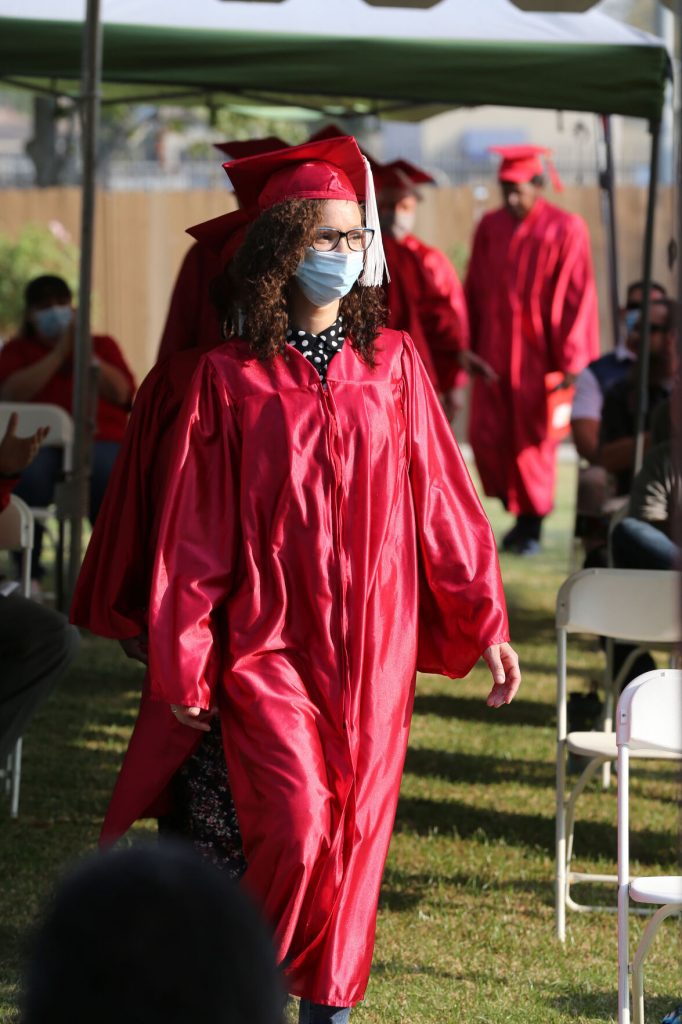 Texas-native Whitney Shaw was one of the graduates who benefited from the program. A resident of The Mission’s women’s and children’s facility, the 26-year-old Shaw migrated to Bakersfield four years ago during the worst stretch of her life.

“I was on a suicidal binge,” Shaw said. “I had a lot of adverse experiences and it traumatized me as an adult. I was looking for love to be fulfilled in all the wrong places and it just ended up really badly.”

Homeless, hungry and addicted to drugs, Shaw found herself sleeping outside wherever and whenever she could find shelter for nearly two years.

“It was literally the scariest time of my life,” said Shaw, who was just 89 pounds when she suffered a mental breakdown and was incarcerated shortly thereafter. “I was sleeping on sidewalks. Some days I wouldn’t sleep because I was so scared. I was starving to death. When I went to jail I think it was God saving me.”

After being released on probation from the Kern County jail in 2018, Shaw turned things around temporarily, but her drug addiction returned, while at the same time she became pregnant with her now 18-month-old son, Hastin.

With nowhere else to turn, Shaw went to The Mission, where she’s received much-needed guidance and support. With lodging and food no longer an issue, Shaw found new focus in the certificate program, something she’s hoping will lead to her first-ever paid job. She’s already been on an interview and is just waiting for a call back. 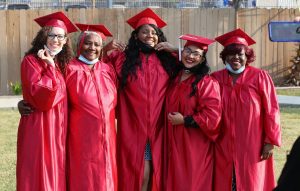 “I was just overjoyed,” Shaw said of receiving the certificate. “I was like, ‘Wow, I actually accomplished something.’ This can be done. With hard work and dedication, my life is endless. It was just like one of the best moments of my life because I’m moving forward. I think this is the best opportunity that I’ve ever had. I was surrounded by people with a lot of love, a lot of support, they were very in-tuned, very encouraging and uplifting. And I wouldn’t have had it any other way.”

Fellow graduate Stefan Lambert, 56, echoed Shaw’s sentiment. He said his experience on the streets were traumatizing, and put him in moments of considerable depression.